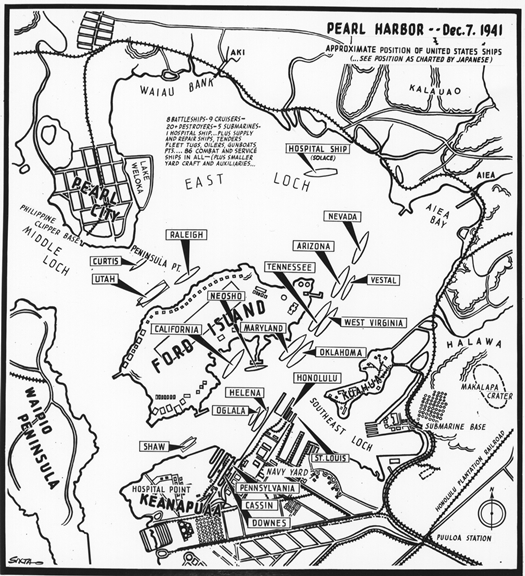 Photograph of the Map of Pearl Harbor - National Archives, General Records of the Department of the Navy 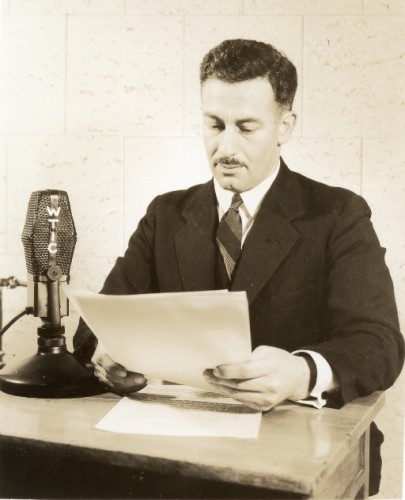 On December 7, 1941, Andre Schenker, a Mansfield resident and a professor of history at the University of Connecticut in Storrs, took to the airwaves for station WTIC in Hartford. “As you all know by now,” Schenker reported, “this morning in the far East, which means this afternoon our time, a Japanese force suddenly attacked Manila in the Philippines, and another Japanese force attacked the Gibraltar of the Pacific, our base at Pearl Harbor in the Hawaiian Islands.”

Schenker referred, of course, to the Japanese air attack on the United States naval station at Pearl Harbor. The bombing destroyed eight US Navy battleships, four of which sunk. Over 2,400 Americans were killed and 1,282 were wounded, in what President Franklin Roosevelt declared “a date which will live in infamy.” The events of December 7 also served as a turning point. On the next day President Roosevelt called on Congress to declare war on the Empire of Japan; they complied almost immediately. A few days later, Germany and Italy declared war on the United States. The United States was now at war on two fronts. During World War II, Schenker, who hosted a radio show called “History in the Headlines,” became one of the best-known commentators in the state. During his broadcasts, he mused about and interpreted important events of the day for his listening audience. On December 7, he signed off with these words: “And now, saying ‘Yors [sic] for Victory,’ I leave to return to this microphone tomorrow at 2:30 P.M. Until then, au revoir.”