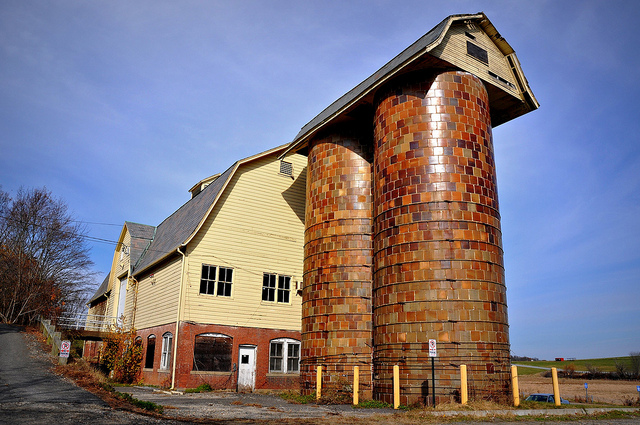 On Tolland County’s eastern edge, Mansfield contains the community of Storrs.  Called Ponde Place by settlers who purchased land from the Monhegan and once part of Windham, Mansfield incorporated in 1702. By the 1800s, town industries produced such goods as gunpowder, organ pipes, and bronze cannons. The country’s first silk mill opened here in 1810, transforming the local economy. Mulberry trees proliferated and most households worked in silk production. The heyday of Mansfield silk ended by the mid-1800s, but the founding of Storrs Agricultural School in 1881 led to a new industry: education. The school, now called the University of Connecticut, still has its main campus in town. Homer Daniels Babbidge, Jr., made his mark as president of the University of Connecticut from 1962 through 1972 and transformed the once-quiet university into a national leader in higher education. …[more]

Vietnam Protests in Connecticut
UConn and the Evolution of a Public University
Connecticut’s Mulberry Craze
The Black Panther Party in Connecticut: Community Survival Programs
From Aprons to Lab Coats: The Art and Science of Home Economics
Homer D. Babbidge, Leader in Education
Hard Times: Governor Wilbur Cross and the Great Depression in Connecticut
An Orderly & Decent Government: Searching for the Common Good, 1905-1929
Over Time: Mansfield’s Historical Population
More about Mansfield