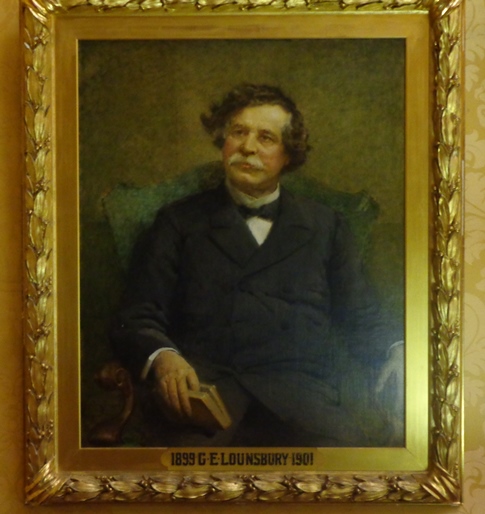 On January 4th 1899, George Edward Lounsbury was elected the 58th Governor of Connecticut, for which he served roughly three years. Lounsbury was born in Pound Ridge, New York on May 7, 1838. Shortly after his birth, the family moved to Ridgefield, Connecticut. George attended local schools in the area and was considered a bright and intelligent person. He attended Yale in 1863 and he graduated with honors. He also attended Berkeley Divinity School and became a deacon in the Episcopalian Church, but throat problems forced him to retire early. He remained a member of the church till his death.

Lounsbury was a Republican state senator before his 1899 election. In a 1904 article the Hartford Courant described his administration as one “marked by conservatism, and a sturdy integrity for the discharge of duty.” Lounsbury served the state until 1901 and passed away on August 6, 1904.

Christopher Frank graduated from North Branford High School in 2009 and Holy Apostles College and Seminary in 2013 with a bachelor of arts in the Social Sciences.