An Artist’s Life in Hartford: The Early Career of Dwight Tryon 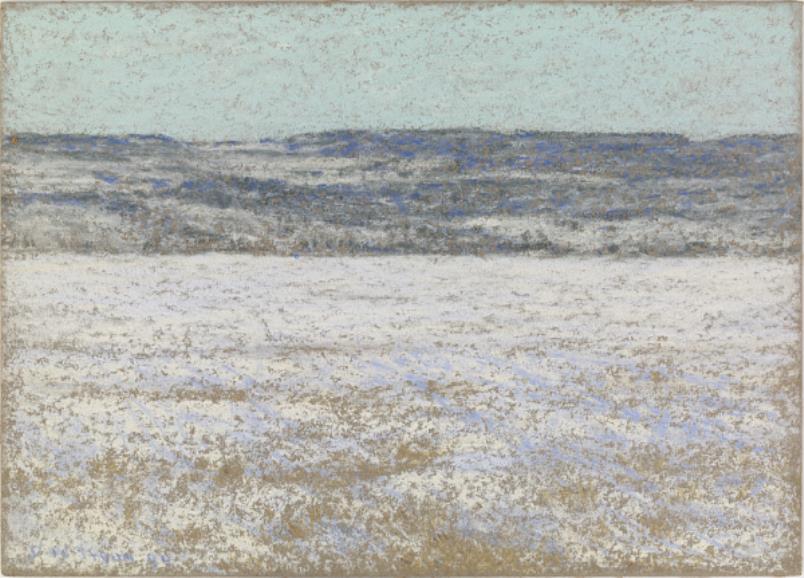 Dwight Tryon was born in Hartford on August 13, 1849, the son of Anson Tryon (a builder and contractor) and Delia Roberts Tryon. After Tryon’s father died in a hunting accident, his mother took her small son to live with her family in East Hartford. As a boy, Tryon made drawings of the old saltbox house in which his family lived, other nearby houses, an old gristmill, and some of the many vessels that plied the Connecticut River. 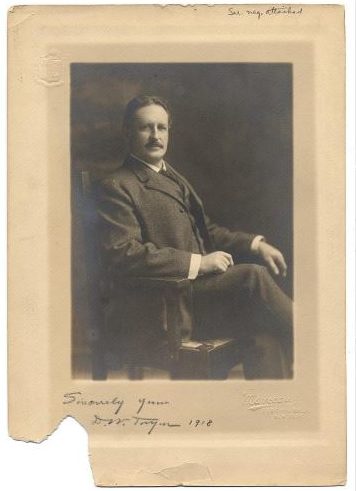 Tryon returned to Hartford (with his mother) in 1864, when he was about 14. He worked for a short time for the Colt Firearms Factory, then got a job at the bookstore of Brown & Gross at the corner of Asylum and Main Streets. He attended business school in the evenings, where he learned bookkeeping and calligraphy. Meanwhile, his mother obtained a job as custodian of the picture gallery of the Wadsworth Atheneum. There Tryon could see works by Frederic Edwin Church, Thomas Cole, and John Trumbull. A small collection of Dutch landscapes belonging to James G. Batterson, the founder of Traveler’s Insurance Company, were another source of inspiration for the aspiring young artist.

The bookstore where Tryon worked received frequent visits from Hartford’s literary community, including Mark Twain, Charles Dudley Warner, and Harriet Beecher Stowe, and by other prominent Hartford citizens such as Horace Bushnell and Joseph Twitchell. In 1873, at the age of 24, Tryon married Alice Belden and left the bookstore to pursue a full-time career as an artist. According to one account, Mark Twain told him that he was making a terrible mistake: “Here you are earning an honest and comfortable living, and like a fool, you throw it up for a career in art, which of all things in the world is the most fickle. You will probably starve to death in a garret.”

Twitchell, too, predicted disaster if Tryon gave up business for art, but the young man persisted. The Cheney family, owners of Cheney Brothers Manufacturing Company, a vast complex of silk mills in Manchester, became his friends and patrons. The younger members of the Cheney family became the nucleus of the drawing and painting classes that he gave in order to support himself while he strove to perfect his art.

Tryon located his studio in the southeast corner of the top floor of the Connecticut Mutual Insurance Company building at the corner of Main and Pearl Streets in Hartford. There was a splendid view of the city and the river from its large windows. It soon became a gathering place for art students and other aspiring local artists. Tryon’s paintings soon attracted some favorable notice and sold for modest sums when he exhibited them in Hartford and New York. As Tryon became more aware of contemporary painting, he became conscious not only of his own shortcomings as an artist, but of the shortcomings of American art and art institutions in general. In 1876, he sold off all of his unsold paintings and drawings and prepared to leave for Europe. (The Cheneys provided some additional financial support.) Horace Bushnell then offered him some encouragement. “Tryon,” he said, “I am glad you are going abroad to study. The fault with most artists is that they have untrained minds. The cow in the field has as good optics as we, but sees nothing but grass.”

On December 4, 1876, Tryon and his wife set sail from New York for Liverpool, traveling overland to London and then to Paris. There Tryon received a sound academic art education from Jacquesson de LaChevreuse, a pupil of the famous French Neoclassical painter Jean Auguste Dominique Ingres. It was an exciting time to be in Paris. The art world was changing rapidly as young artists such as Monet, Renoir, and Pissarro created a sensation with Impressionist landscapes. Tryon, however, was not impressed. He preferred the paintings of the Barbizon school, an older generation of landscape painters.

Tryon returned to the United States from Europe in 1881, but he did not return to Hartford. Contrary to Twain’s prediction, he enjoyed a long, successful career as a landscape painter and teacher with studios in New York City and South Dartmouth, Massachusetts. He later taught at Smith College in Northampton, Massachusetts. But art proved a fickle mistress in the end. Post-Impressionism succeeded Impressionism, which led to 20th-century art movements such as Cubism and Futurism. By the time Tryon died on July 1, 1925, his atmospheric tonalist landscapes seemed hopelessly out of date, and his paintings, once coveted by museums and collectors, became relegated to storage or quietly sold. His most lasting legacy was the many students in whom he instilled his love of art and nature.