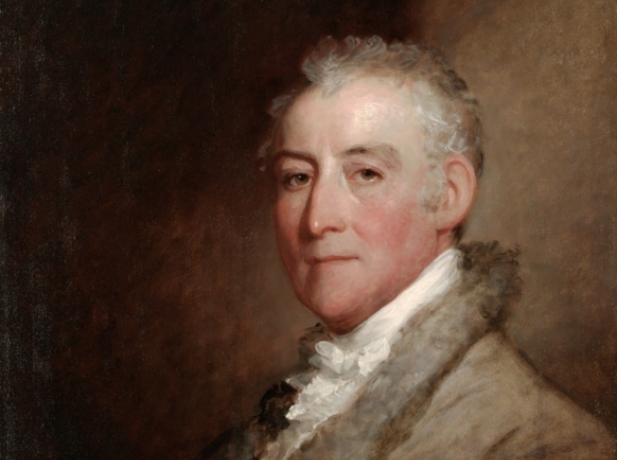 John Trumbull was an artist whose paintings depicting important events of the American Revolution became some of the most famous in the world. Born in Lebanon, Connecticut, in 1756, Trumbull was the son of Connecticut governor Jonathan Trumbull and graduated from Harvard College in 1773 before briefly serving as George Washington’s aide-de-camp during the Revolutionary War. In his late 20s, Trumbull moved to London to study alongside painter Benjamin West. Soon after, with the encouragement of West and Thomas Jefferson, Trumbull began his life-long preoccupation with capturing romanticized visions of the American Revolution on canvas. In 1817, the US Congress commissioned Trumbull to paint four large pictures for the rotunda of the Capitol that remain on display today.

More on John Trumbull from the CT Digital Archive