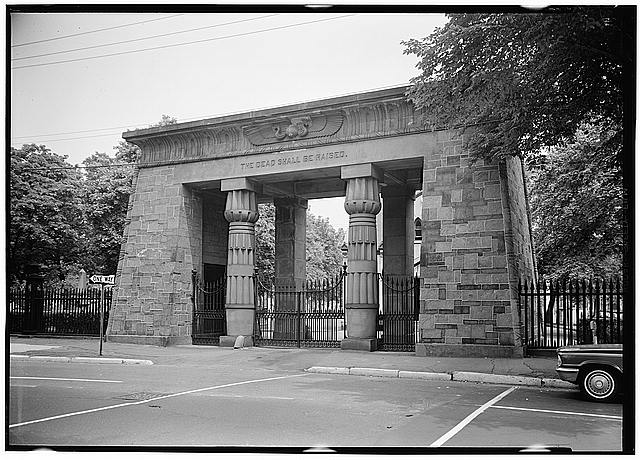 On December 4, 1804, “Father of Architects” Henry Austin was born in the Mt. Carmel section of Hamden, Connecticut. A New Haven architect for most of his career, Austin opened offices there in 1837, though he worked across Connecticut, New England, and the Mid-Atlantic states.

One of Austin’s early commissions was the plans for the completion of Ithiel Town’s Christ Church Cathedral tower in Hartford. He also worked in Hartford as the supervising architect on the construction of the Wadsworth Atheneum. Known for his Greek revival residences, Austin worked in a range of popular 19th-century styles including Gothic, Italianate, Egyptian, and Moorish revival. The influence of Austin’s work on domestic architecture in the 1840s and ’50s can still be seen in New Haven’s Wooster Square in such structures as the Hotchkiss-Betts House, the James E. English House, the Nelson Hotchkiss House, the Oliver B. King House, the William Lewis House, and the Willis Bristol House.

His other significant works in New Haven include the Egyptian revival sandstone Grove Street Cemetery gate, Dwight Hall at Yale, the Moorish New Haven railroad station (demolished in 1848), and the Italian Gothic city hall—commissioned just prior to the Civil War. Austin also built churches across the state in the Gothic revival and Italianate styles, and designed the Nathan Hale monument in Coventry, Connecticut. Henry Austin died on December 17, 1891, and received a burial in the Grove Street Cemetery.