Benjamin Silliman and the Collection That Inspired the Yale Peabody Museum 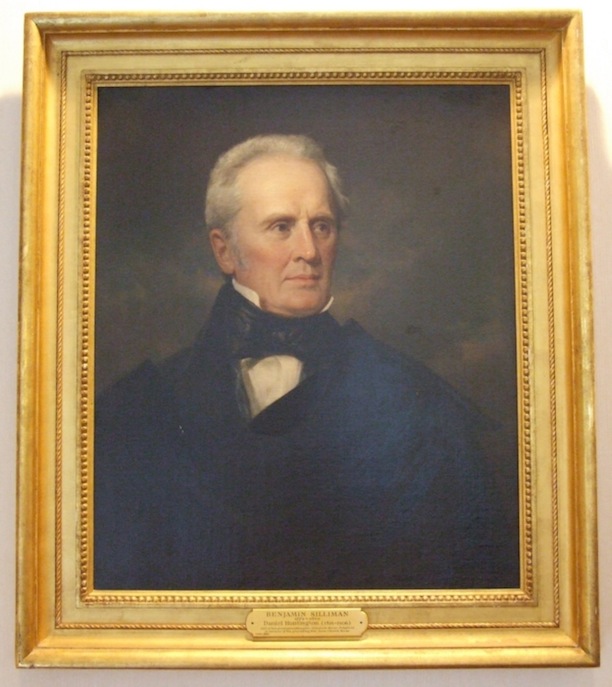 In early July of 1779, a pregnant Mary Silliman watched from her home as British troops landed in Fairfield, Connecticut. Having recently lost her husband, a militia general, to capture by the British, Mary took her family and fled north to the town of Trumbull (then known as North Stratford). She found refuge in the tavern of Eliakim Beach, where one month later, she gave birth to a son, Benjamin, who grew up to be one of the most famous scientists of the 19th century. Benjamin Silliman graduated from Yale in 1796. He became a tutor there in 1799 and then accepted an appointment as a professor of chemistry and natural science at Yale in 1802. Feeling insecure in his knowledge of chemistry, he spent the next two years studying the subject at the University of Pennsylvania before giving his first lecture at Yale in 1804.

The following year Silliman headed to Europe to sharpen his knowledge of geology, mineralogy, and botany. He spent the years 1805 and 1806 studying at such prestigious institutions as the University of Edinburgh, while also collecting rock and mineral specimens to bring back to Yale.

As Silliman continued to collect geological specimens, Yale set aside room in what became known as the “Cabinet Building” to display the wide assortment of rocks and minerals. This collection eventually became the largest in the country.

Benjamin Silliman retired in 1853 and passed away in New Haven on November 24, 1864. His death came just two years before the founding of the Yale Peabody Museum—an institution inspired largely from his efforts, and one that helped share his collection with the world.

Silliman, Benjamin, and James L. Kingsley. “Memoir on the Origin and Composition of the Meteoric Stones Which Fell from the Atmosphere, in the County of Fairfield, and State of Connecticut, on the 14th of December 1807; in a Letter, Dated February 18th 1808, from Benjamin Silliman, Professor of Chemistry in Yale College, Connecticut, and Mr. James L. Kingsley, to Mr John Vaughan, Librarian of the American Philosophical Society.” Transactions of the American Philosophical Society 6 (1809): 323–45. Link.