World-renowned Maker of Axes: The Collins Company of Canton 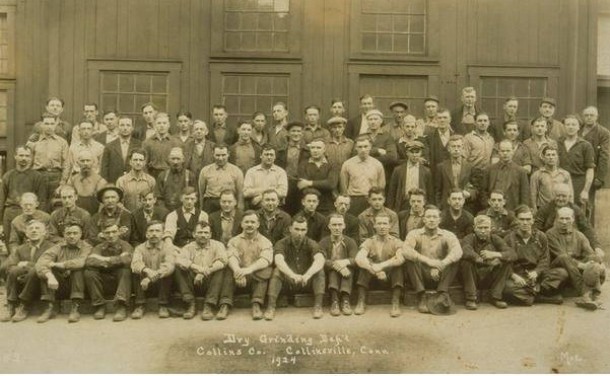 The first ready-to-use axes produced in the United States came from the Connecticut-based Collins Company, which was founded in the early 1800s. Prior to the firm’s establishment, consumers either purchased unground axes imported from Europe or looked to a local blacksmith who, along with his other activities, might also make axe heads. Throughout its 140-year history, the company produced and sold axes, machetes, and other edge tools to most of the world.

The company’s founders Samuel W. and David C. Collins were born into a wealthy family. Their father, Alexander Collins, was a lawyer in Middletown and their mother Elizabeth was from the well-to-do mercantile Watkinson family of Hartford. When Alexander died in 1815, his widow moved the family to Hartford. Samuel was 24 years old and David age 21 when they decided to open an axe factory with their cousin William Wells.

The Collins & Company factory opened in 1826 with the purchase of an old gristmill and a few acres of land along the Farmington River in Canton. The company started small with eight men, each making eight axes per day. At the time, workers earned $14 to $16 a month.  As the company grew and gained a national reputation for its high-quality axes, new orders flooded in. Soon, the company hired workers from Connecticut and surrounding states to meet the demand. As the number of laborers grew, the company built housing for workers and their families, a Congregational church, bank, and other structures. The emerging factory town became known as Collinsville. 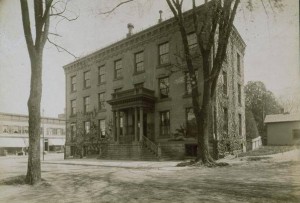 A Company Town with International Reach

Axe-making, which involved a four-step process of forging, grinding, tempering, and polishing the metal head, dominated Collinsville’s economic life. Immense grinding stones from Nova Scotia filled the shop yards. Shipments of coal transported to the factory, first by oxen then later by barges on the Farmington River, feed the forge fires.

In his diaries, Samuel Collins credits much of the company’s success to Elisha K. Root, a “mechanical genius” from Chicopee, Massachusetts, who in 1832 started at the company as a journeyman machinist. During his 17 years with the firm, Root improved many of its production machines and devised new patents. In 1845 Root became the superintendent of the company, but he left in 1849 to supervise the Colt Armory in Hartford. 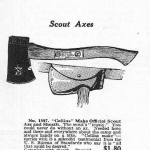 In the early 1830s, Hartford banks began demanding immediate payments on their loans and this dealt a financial blow to the company. However, it restructured and incorporated as the Collins Manufacturing Company. In the 1840s, the company expanded abroad with the machete; it sold more than 150 varieties of machetes in 35 countries, supplying 80% of the world’s machetes at that time.

In the 1850s, Samuel Collins secured a rail line for Collinsville to transport his goods and material by offering the railroad company a right of way through company land, a depot, and $3,000. In the 1860s, the company began manufacturing steel plowshares and, by 1870, made 100 of them a day. Around that time, the company built several dams along the Farmington River to produce hydroelectric power to run its factory. Its product line grew to include 1,300 types of edge tools, including axes, adzes (a tool for smoothing or trimming wood), machetes, hatchets, picks, knives, swords, and bayonets. 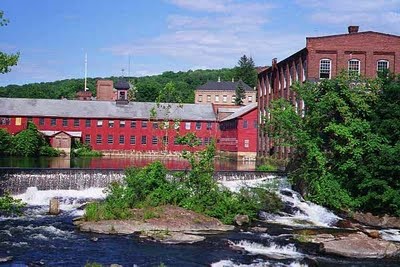 In May of 1871, Samuel Collins died, having managed the daily operations of the company for 45 years. At the time of his death, the Collins Company had produced more than 15 million axes and had annual sales of more than $1 million. David Collins had died in 1862, and William Wells, the brothers’ cousin, had passed away in 1831. The company continued to operate successfully and flourished during World Wars I and II. However, after the Flood of 1955 wiped out the railroad line, the company could not match the foreign competition.  Portions of the business were sold to the Stanley Works in New Britain and to other firms. In 1966, the Collins Company closed after 140 years in business.

Ann Marie Somma has worked as a print reporter for several newspapers in Connecticut including the Hartford Courant.