Where the Wild Things Are: Maurice Sendak Authoring and illustrating dozens of books, such as Where the Wild Things Are and In the Night Kitchen, Maurice Sendak redefined children’s literature throughout the 20th century. His quirky characters and dark, nightmarish plots delighted children and challenged the status quo. While Sendak’s readership spanned all over the world, the beloved children’s book author and illustrator spent most of his adult life living in Ridgefield, Connecticut.

Maurice Sendak was born on June 10, 1928, to a Jewish family of Polish immigrants living in Brooklyn, New York. As a young child, sickness often confined Sendak to his bed, where he first discovered his love for drawing. Sendak often spoke of dark moments in his childhood such as his poor health, the death of his best friend in a car accident, and his struggle with losing a portion of his extended family in the Holocaust. Aspects of these tragedies, terrors, and difficult experiences show up in various ways in Sendak’s writings and other works over the course of his life.

While still in high school, Sendak filled in the backgrounds of the “Mutt and Jeff” comic strips for All-American Comics and illustrated part of the textbook, Atomics for the Millions. Looking for more opportunities to nurture his artistic talents, Sendak began a job at F.A.O. Schwarz in 1948, building window displays for the eminent toy store. While at F.A.O. Schwarz, Sendak met Ursula Nordstrom—Harper & Brothers’ editor of children’s books. Nordstrom commissioned Sendak to illustrate his first children’s book—Marcel Ayme’s The Wonderful Farm, published in 1951.

Over the next several years, Sendak illustrated several children’s books for a variety of distinguished authors. Finally, in 1956, Harper and Brothers published Sendak’s first written and illustrated book, Kenny’s Window. Over the next five decades, Sendak built a career illustrating and writing picture books that he hoped would expand children’s imaginations. 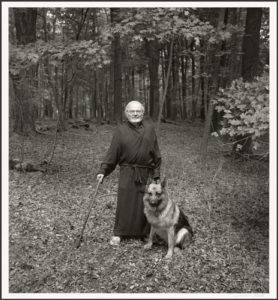 While most remember Sendak for his books and illustrations, in the 1970s, he also began to design costumes and sets for operas, musicals, and other plays. In 2005, Sendak and his friend, fellow author and playwright Tony Kushner, staged a children’s opera, Brundibar, which Jewish prisoners at the Theresienstadt concentration camp originally performed during the Holocaust. A few years later, in 2009, Sendak helped produce the film adaptation of Where the Wild Things Are, which combined live-action, animatronics, and computer-generated imagery (CGI). Jim Henson’s Creature Shop—a company created by the famous puppeteer, Jim Henson—provided the animatronic costumes for the movie.

By the end of his life, Sendak had written over a dozen books and illustrated over 150 more. An homage to his older brother Jack, Sendak finished his last book—My Brother’s Book—shortly before his death and HarperCollins published it posthumously in 2013. Fittingly, some critics consider Sendak’s final book to not be for children, but rather for the adults who grew up with his books.

Sendak got significant attention in the publishing world because his work challenged the expectations of children’s literature. He believed in encouraging young children’s imaginations with weird, odd, even grotesque illustrations rather than catering to parental approval or moral narratives. Sendak’s young—often misbehaving—characters went on strange adventures or tackled obstacles that symbolized real challenges children encountered in life.

While Sendak and his works are wildly acclaimed, many adults questioned, criticized, and even restricted his books. Some thought they were too dark or scary for children. Others challenged Sendak’s books because of their perceived inappropriateness, such as In the Night Kitchen, which features a young nude boy—librarians reportedly drew diapers on the offensive figure before lending the book to children.

Despite the critics and his antiestablishment approach to literature, Sendak’s works became some of the world’s most popular picture book titles. According to The Washington Post, in the 50 years since its publishing date, Where the Wild Things Are had sold approximately 20 million copies, including versions in 32 different languages. Throughout Sendak’s life, he was the recipient of numerous literature and arts awards and honors including the Caldecott Medal, the Hans Christian Andersen Award, the Laura Ingalls Wilder Award, the Astrid Lindgren Memorial Award, and the National Medal of Arts.

Maurice Sendak died at the age of 83 on May 8, 2012, in Danbury due to complications from a recent stroke. His partner of 50 years, Eugene Glynn, predeceased Sendak by five years. After Sendak’s death, with no next of kin, The Maurice Sendak Foundation took over his estate and other assets. Today, The Maurice Sendak House & Archive is located at the property where Sendak and Glynn lived in Ridgefield. The original art from Maurice Sendak’s books and projects currently make up The Maurice Sendak Collection at The University of Connecticut.

In her New York Times obituary of Sendak, Margalit Fox wrote that “roundly praised, intermittently censored and occasionally eaten, Mr. Sendak’s books were essential ingredients for the generation born after 1960 or thereabouts, and in turn for their children.” To this day, Sendak’s books continue to find their way into schools, libraries, home bookshelves, and small hands.