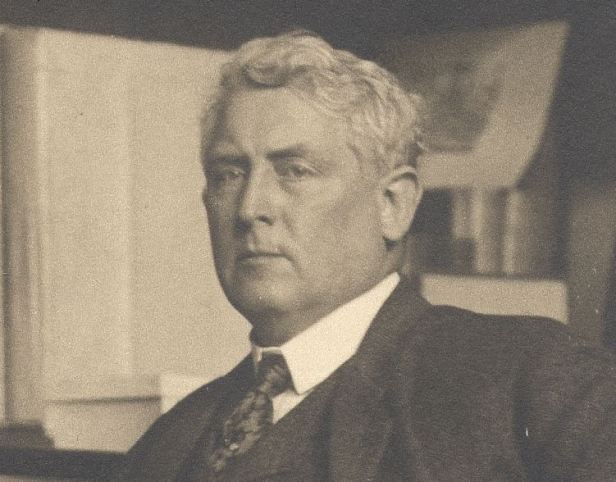 Detail of Julian Alden Weir from a portrait of Weir in his studio, ca. 1910 – Smithsonian Institution

Julian Alden Weir, a leading figure in American Impressionism, was a member of the Cos Cob Art Colony and a founder of the Ten American Painters, or “The Ten.” Born in West Point, New York, in 1852, Weir followed in family footsteps by pursuing an art career. He studied in the US and Europe but, like his friends Childe Hassam and John Henry Twachtman, Weir abandoned the academic style in favor of impressionism. In 1883, he acquired a Connecticut farm, which served as his primary home and studio until his death in 1919. Today, his paintings are held by top museums around the world, and Weir Farm, which sits on land in Ridgefield and Wilton, is the only National Park Service historic site dedicated to American painting.

More on Julian Alden Weir from the CT Digital Archive Weir Farm the Result of a Trade – Who Knew?

Connecticut and American Impressionism
Weir Farm the Result of a Trade – Who Knew?
More about Julian Alden Weir