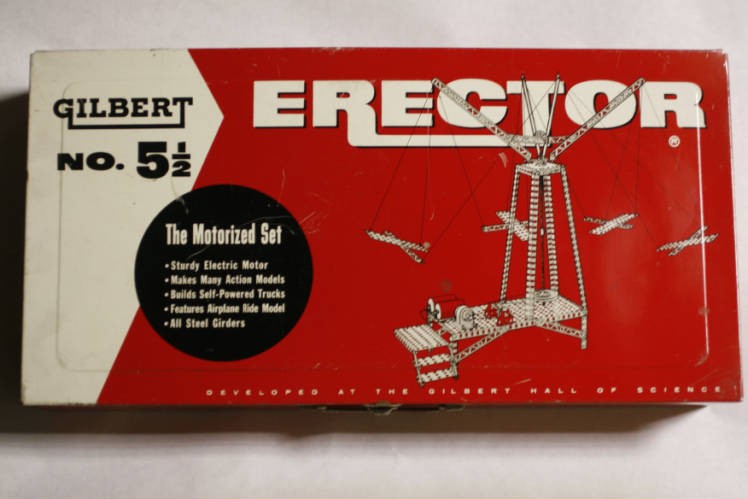 On July 8, 1913, the United States Patent Office issued a patent to Alfred C. Gilbert of New Haven for his “Toy Construction-Blocks.” What started as the “Mysto Erector Structural Steel Builder” eventually came to be known by its more popular shortened name, the Erector Set.

Alfred Gilbert was born in Salem, Oregon, in 1884 and, prior to being an inventor, won a gold medal in the pole vault competition in the 1908 Olympics. He graduated from Yale Medical School a year later but opted to forgo a career in medicine to focus on his Mysto Manufacturing Company, an enterprise he started to sell magic kits to children.

In 1911, while traveling by train from New Haven to New York City, Gilbert saw workmen positioning and riveting steel beams and he got the idea for one of the most popular toys of all time. Within five years, Gilbert’s business had been renamed the A.C. Gilbert Company and went from making hundreds of dollars to being worth millions.