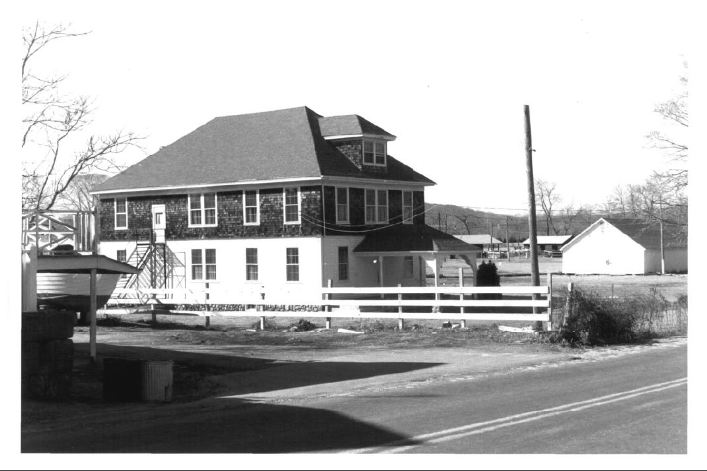 Despite brief success as a mill town in the early 19th century, North Stonington is ultimately tied to its agricultural history. For over 350 years, residents tended to the fields and livestock responsible for bringing prosperity to North Stonington. One of the ways residents traditionally celebrate their farming heritage is by holding agricultural fairs. While the fairs always boast food and family-friendly entertainment, throughout the years they have also served a much more significant purpose—ensuring the viability of the town’s agricultural lifestyle.

Traditionally, farming in North Stonington, as in other areas, meant being a part of a larger agricultural community. Farmers regularly interacted with one another to conduct business or exchange information necessary for the survival of their operations. Upon recognizing the benefits of these exchanges, gatherings became larger and more formalized. Combining both the business and social aspects of farming, agricultural fairs served an important function in helping local businesses prosper.

Farming as a Continuing Way of Life

By the time industry in North Stonington ended, agricultural fairs were already a regular part of town life. In the early 20th century, the North Stonington Grange hosted fairs awarding $200 in prizes for farmers growing the largest produce or healthiest livestock. Craft and baking contests also promoted the development of innovation within more traditionally female occupations.

In the 1960s, the modern version of the North Stonington Agricultural Fair took shape, eventually becoming one of the most important fairs in the state and often being the first to kick-off “Fair Season” in Connecticut. Livestock shows, ham and bean suppers, and horseshoe pitching contests supplemented educational tours of surrounding farms—the tours sponsored by the Connecticut Farm Bureau project.

As the century began winding down, the North Stonington Agricultural Fair was one of 56 such events operated by nonprofit organizations and sponsored by the Association of Connecticut Fairs. Association guidelines required fairs to show livestock, fruits, vegetables, flowers, and crafts, while also displaying garden or lawn machinery and commercial exhibits. These guidelines ensured the promotion of agricultural and domestic manufactures while also improving livestock and assisting buyers and sellers in the exchange of materials, products, and ideas.

Today, North Stonington still hosts its agricultural fair. Sponsored by the North Stonington Community Grange and the town’s volunteer fire department, the fair continues to offer tractor pulls, baking contests, and arts and crafts, while helping the local farming community come together in the spirit of agricultural kinship.

A Sign of the Times Blends Masonic and Patriotic Imagery
Connecticut Residents Did Not Let Veterans Day “Go Commercial.”
Oldest Cavalry Unit – Who Knew?
Timeline: Settlement of the Colony of Connecticut
Playing with Time: The Introduction of Daylight Saving Time in Connecticut
Past Hallowe’en Pranks Bemused Some and Frustrated Others
Amelia Simmons Adds a Uniquely American Flavor to Cooking
Brass City/Grass Roots: Remnants and Revivals
First Woman to Receive US Patent – Today in History: May 5
Noah Webster and the Dream of a Common Language