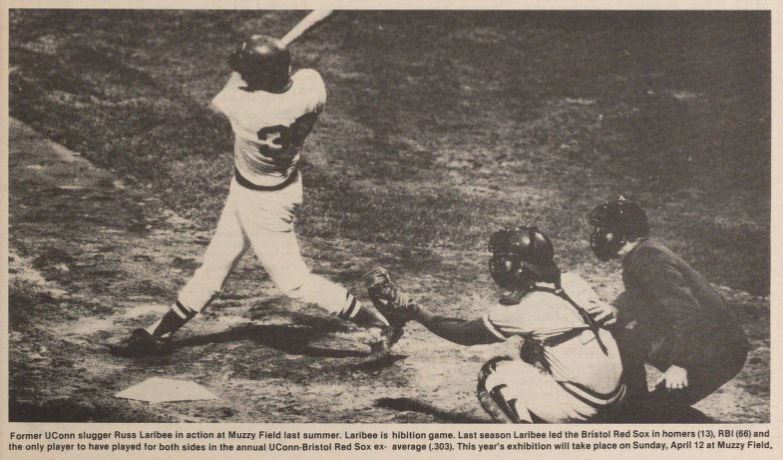 Bristol, Connecticut, possesses many historical treasures: it is home to Lake Compounce (the oldest continuously running amusement park), the Clock and Watch Museum, and the historic Federal Hill section to name just a few of its assets. Bristol is also home to Muzzy Field, a hundred-plus-year-old ballpark with a remarkable past.

Muzzy Field in the 20th Century

In 1912, local businessman and politician Adrian Muzzy donated a parcel of land to Bristol’s Public Welfare Association. The Public Welfare Association gave the land to the city who transformed it into a ballpark with the financial backing of New Departure, one of the city’s most illustrious manufacturing companies. With New Departure on board, the park officially opened on July 8, 1914, and became one of the most beloved ballparks in all of New England. Besides hosting New Departure company teams, the ballpark was the site for amateur, semi-professional, and professional games. Throughout the 20th century, Muzzy Field was home to both amateur and semi-professional ball teams including the Bristol Owls in the 1940s and 50s and the Bristol Red Sox in the 1970s and 80s. In 1919, Babe Ruth played there to a crowd of almost five thousand people and to the crowd’s pleasure, even hit a home run. In addition to baseball games, Muzzy Field accommodated soccer teams, rodeos, and football teams, including the Green Bay Packers who played there in 1943. The Field also hosted women’s baseball teams as well as teams from the Negro leagues.

Throughout the years, Muzzy Field’s popularity waned as recreation tastes shifted and ballparks in neighboring cities and states built parks and hosted successful teams, but Muzzy remained a sports complex to local high school and college teams. In 2014, Muzzy Field celebrated its one hundred year anniversary with a large city-run celebration. The park continues to have a strong following of dedicated sports and history fans, especially after the city of Bristol restored the ballpark back to its former glory while maintaining its historic appeal and integrity. Starting in 2018, in addition to its regularly scheduled games, the Bristol Historical Society began hosting a historic baseball all-star event featuring two games—one played with 1864 rules, the other played with modern rules. Today, the park has a baseball field, a football field, and a soccer complex and continues to host teams that draw fans from near and far.