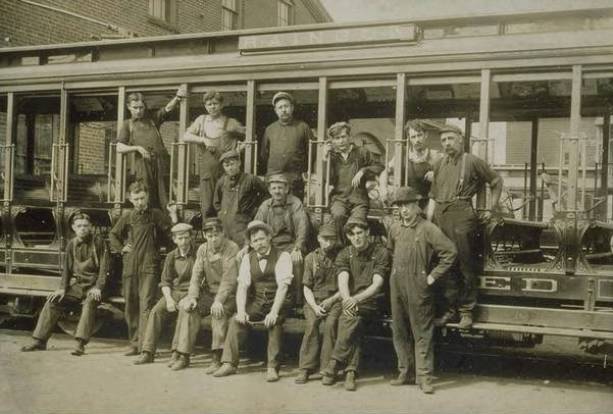 The Hartford & Wethersfield Horse Railroad originated in 1863, with horse-drawn cars riding over steel rails, carrying passengers along Hartford’s Main Street and Wethersfield Avenue. Over the next two decades, as the Railroad expanded its routes throughout Hartford and into surrounding towns, it became part of one of the most dramatic technological revolutions of the 19th century. Connecticut was at the forefront in the use of electrical power. In 1883 the Hartford Electric Light Company began illuminating businesses and soon replaced Hartford’s gas street lights with electric lamps. In 1888 city officials approved a petition by the H & W Horse Railroad to begin electrifying its cars, with power to be provided by the Hartford Light & Power Company. That fall, Hartford commuters and city-goers—and perhaps a few aimless but curious passengers—zipped down Wethersfield Avenue in Car No. 50, horseless for the first time.

Hartford wasn’t the first city to have a large-scale electric street railway system. That honor fell to Richmond, Virginia, earlier in the same year, but the system used by the Richmond Union Passenger Railway was designed and installed by a Connecticut native, Frank Sprague, born in Milford and a former assistant to Thomas Edison. Not surprisingly, the passengers in Hartford’s Car No. 50 were cruising on the “Sprague Electric System,” too.

The H & W Horse Railroad changed its name to the Hartford Street Railway Company in 1893. A year later all of the horse cars had been converted to electric operation. At its height of prosperity, in the early 20th century, the company provided safe, reliable transportation for suburban commuters going to and from work in the city, as well as for urban pleasure seekers, who used the trolley lines to reach suburban amusement parks and nature preserves. 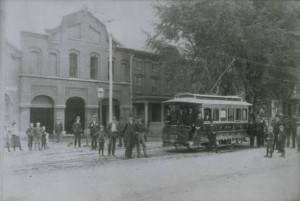 Extending lines and installing poles and electrical wires were not always welcome changes. Trees had to be cut and streets were widened and paved with asphalt, concentrating traffic along fewer routes and producing a congestion of trolleys, horse carriages, bicycles, and eventually automobiles. As cars and buses began to crowd the roads in the 1920s and 1930s, the street railway (now owned by the Connecticut Company) contracted, shrinking back into Hartford’s city limits by 1935 and finally retiring its last car in 1941.