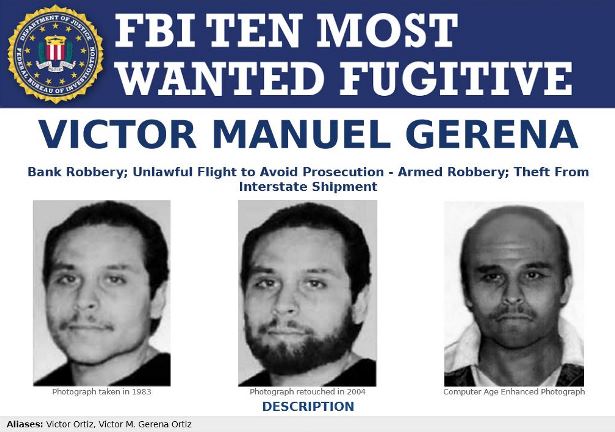 On September 12, 1983, a Wells Fargo employee tied up and attempted to drug two co-workers at the Wells Fargo depot at 21 Culbro Drive in West Hartford, Connecticut. He then loaded over $7 million into a rented car parked in the loading dock and drove away. At the time, it was the largest cash robbery in American history.

At first authorities assumed that Victor Gerena, the young Wells Fargo guard who took the money, acted alone, and some local residents hailed him as a Robin Hood-styled hero. Eventually, however, it became clear that this was not the act of a single individual. Gerena was a recruit of Juan Segarra Palmer, one of the leaders of a group of Puerto Rican independence fighters called Los Macheteros.

“Folk Hero Emerges in Heist” is the title of a September 16, 1983, Hartford Courant news article.

Segarra Palmer, a graduate of Philips Academy and Harvard University, was living in Puerto Rico when he planned the heist. He contacted Gerena at a pay phone in Arthur’s Drug Store in the Asylum Hill area of Hartford. Later he came to Hartford to rehearse the robbery, the delivery of the stolen money, and Gerena’s escape. Brilliantly planned and executed, the robbery came off without a hitch, except that the drug intended to knock out Gerena’s co-workers failed to have the desired effect, and both men remained conscious throughout the robbery.

Segarra Palmer claimed that the theft was a political act and that he used the money to advance the cause of Puerto Rican independence. Few people in West Hartford had heard of Los Macheteros and most were unaware that a vocal segment of the Puerto Rican population had been actively seeking independence ever since the United States acquired Puerto Rico in 1898, following the Spanish-American War. The robbery took place on September 12 because that was the birth date of Pedro Albizu Campos, one of the most determined Puerto Rican nationalists of the early 20th century.

Founded in the 1970s, Los Macheteros drew inspiration from Albizu, who believed that the people of a colonized country had the right to use violence in their struggle for independence. The name “Los Macheteros” means “the Cane Cutters”; sugar cane was once Puerto Rico’s most important agricultural product. During the 1970s and 1980s, Los Macheteros attacked the United States government, military, and corporate installations, chiefly in Puerto Rico. While many people regarded them as terrorists, others saw them as Puerto Rican patriots. On August 30, 1985, in raids conducted all over Puerto Rico, FBI agents and federal marshals apprehended those suspected of being members of Los Macheteros. They eventually filed charges against 19 individuals. In 1988, nine men, including Juan Segarra Palmer, were brought to trial in the federal courthouse in Hartford despite their protests that their case should be tried by an international court. The numerous charges against them ranged from money laundering to conspiracy to overthrow the United States government in Puerto Rico.

The jury was drawn from all over Connecticut. One of the defendants, Filiberto Ojeda Rios, a leader of Los Macheteros, skipped bail because he believed he would not get a fair trial. A jury found the remaining defendants guilty. Segarra Palmer received fifty-five years in prison, to be served at the federal penitentiary in Atlanta, Georgia. Many rights activists believed the defendants’ sentences excessive. For some, the prisoners symbolized unfair treatment of Puerto Ricans by the United States.

In 1999, shortly before leaving office, President Bill Clinton granted clemency to the Puerto Rican prisoners. Segarra Palmer initially refused to accept Clinton’s offer of clemency but eventually left prison in 2004. Ojeda Rios, the man who skipped bail, died in a shootout with the FBI in 2006. Victor Gerena, the man who actually took the money from the Wells Fargo depot, remains at large and is one of the FBI’s Top Ten Most Wanted Fugitives. Authorities never recovered the stolen money.