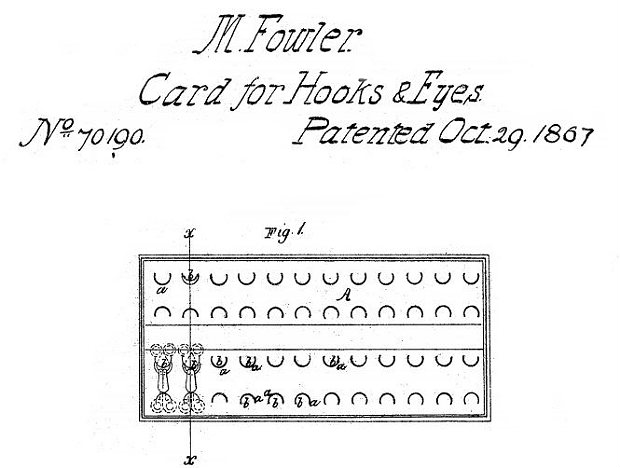 In 1830, a resourceful industrialist opened a button making shop in what today is the Northford section of North Branford. He mass-produced buttons that filled the carts of up to four peddlers who sold his goods in the surrounding communities. This man, Maltby Fowler, helped bring economic prosperity to Northford and cement the legacy of two of the town’s most celebrated families, the Maltbys and the Fowlers.

In the 19th century, Northford’s Fowler family were inventors and machinists. They designed a wide variety of revolutionary industrial products including a press used for perforating tin, a washing machine, cigar- and cigarette-making equipment, and a machine for manufacturing brass tubing. Maltby Fowler utilized another Fowler family design, the power press, to mass-produce buttons for his business. By 1850, however, he realized an opportunity to expand by bringing in Samuel Maltby as a partner.

The Maltbys were investors and respected members of the Northford community. The Maltbys and the Fowlers did a substantial amount of business together and frequently intermarried. In fact, Samuel Maltby’s grandmother,  Elizabeth Fowler, was Maltby Fowler’s aunt—no doubt playing a role in giving the entrepreneur the sometimes confusing first name of Maltby.

In 1854, Samuel Maltby joined forces with his brother Julius to become major investors in the Paug Manufacturing Company, a local firm organized that year to design farm implements and the machines used to manufacture them. While Samuel Maltby’s bride, Charlotte, was the daughter of the governor of Barbados—no doubt meeting her husband during one of his trips to the West Indies on behalf of the family business—Julius married his cousin, Melinda Fowler, strengthening the relationship between two of Northford’s most prominent families.

Samuel and Julius managed to keep outside investors away from their family business and the decision paid substantial dividends for them. In 1860, the two brothers combined had business and personal assets worth $25,600, with another $12,000 in real estate—making them among the wealthiest members of the Northford community. Around this time, Julius’s son, Epaphrus Chapman (“E.C.”) Maltby took over the family business. He expanded the company’s operation to include more than just farm implements and machinery, however. E.C. began importing coconuts from the West Indies to make a confectionary product from the meat inside. He ended up patenting his product and even won first prize at the Centennial Exhibition of 1876 in Philadelphia for his shredded coconut recipe.

E.C. kept the company in Northford until 1880, when he moved his operations to Shelton. After E.C. left, David Stevens took over the Maltby’s Northford factory and founded a successful greeting card business. Despite Stevens’s success and his family’s ability to integrate into the Maltby-Fowler family circle, the loss of the Maltby family business helped bring about a steady economic decline in the area. Northford did not begin recovering until the early 20th century when it found new life as a prosperous residential suburb of New Haven.