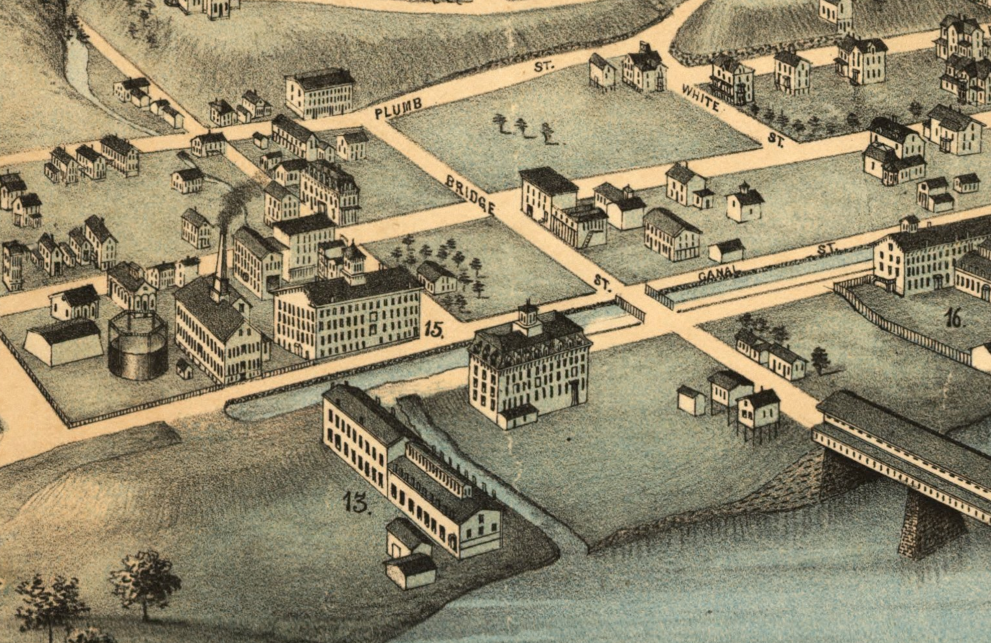 The Derby Silver Company was founded in 1872 and began operations on Shelton’s Canal Street one year later. The company soon outgrew its quarters and in 1877 constructed a larger building, which still stands on Bridge Street, Shelton, near the Housatonic River, overlooking Derby. A number of additions were completed in subsequent years. The original Canal Street building was razed when the railroad was built through Shelton in 1888.

The company made toilet articles, mirrors, combs, clocks, brushes, tableware and flatware, tea sets, children’s cups, loving cups (trophies), candlesticks, fruit baskets, dishes, basically anything which was plated by or made of silver. Special orders were constantly commissioned as well. The factory manufactured items for the Sperry and Hutchinson trading stamp stores. The Company was noted for its large line of silver-plated toilet ware and an economical line of plated hollowware sold under the popular trademark of the Victor Silver Plate Company. 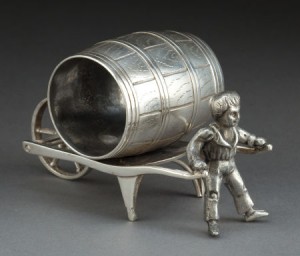 Showrooms were established in New York City, Chicago, and San Francisco. A considerable amount of silver was shipped to South America. The logo at the time featured an anchor, often with the words “Derby Silver Company” or its initials surrounding it.

Articles manufactured by the Derby Silver Company can be found on public display in Derby, Shelton, and her sister communities of the Lower Naugatuck Valley. In addition to the Derby and Shelton Historical Societies, a good source of information on this local industry is A Century in Silver 1847-1947, Connecticut Yankees and a Noble Metal (1947) by Earl Chapin May.